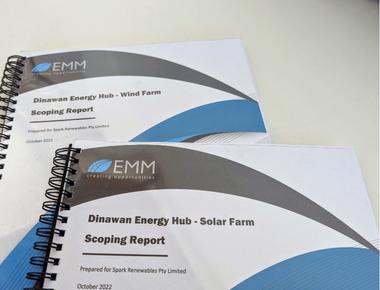 The Dinawan Energy Hub is a proposed hybrid wind, solar and battery storage project located about halfway between Coleambally and Jerilderie, on the land of the traditional owners of the Wiradjuri people and several smaller nations of the Murrumbidgee plains.

The Energy Hub is proposed to be within the NSW South-West Renewable Energy Zone and is developed by Spark Renewables, a leading developer and long-term owner of renewable energy projects.

The Scoping Reports were submitted to the NSW Department of Planning and Environment (DPE) and are available vial the following links:

Next, the DPE will issue its requirements, known as Secretary’s Environmental Assessment Requirements (SEARs), within 28 days of receiving the Scoping Reports. The SEARs will need to be addressed in a comprehensive Environmental Impact Statement (EIS) for each project that will be prepared over the coming year.

The community will be consulted further during the EIS preparation and have the opportunity to make a formal submission when the EIS goes on public exhibition.

If you have any questions or would like to set up a meeting, please contact us at info@dinawanenegyhub.com or leave a message at 1300 271 419. 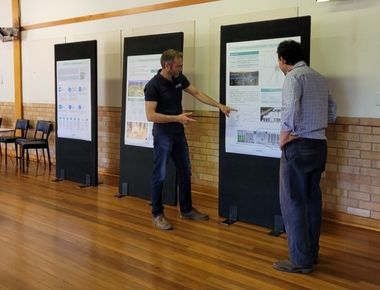 The first community consultation sessions for the Dinawan Energy Hub were held at the townships of Coleambally on the 7 December, and Jerilderie on the 8 December 2021. Community members could drop in to engage with the Spark Renewables development team, read posters and FAQs about the proposed project, and provide feedback on the proposal via a survey.

The consultation sessions were advertised via local radio stations, newspapers, and mailbox letter drops. Around 30 individuals attended the sessions, including local residents, representatives of farming businesses and local organisations, as well as council staff.

Overall, feedback on the project was generally positive, with interest in the project size, technology, and mitigation of impacts. In terms of concerns, people wanted to understand how Spark Renewables would manage bushfire risk, impacts to native flora and fauna, and biodiversity. There were questions around the availability of workers during peak farming seasons, and plans for decommissioning and rehabilitation.

During the consultation, suggestions were made on potential community benefits, including improving telecommunications to enhance emergency communications, access to an electricity benefit sharing scheme, and a community fund that would provide funding for community projects over the life of the project.

Materials displayed at the consultation session are available here:

Community members that attended the drop-in sessions were encouraged to fill out a survey to evaluate community values around the proposed Dinawan Energy Hub. There were 13 completed responses to the survey. While the sample size is relatively small, it provides insight into some of the priorities of local residents.

What aspects about the proposed project would you consider to be most beneficial?

What aspects of the proposed project would you consider to be your main concerns?

What aspects do you value most in the area?

The survey will remain open and we will continue to collect feedback from the local community and stakeholders as development of the Dinawan Energy Hub proceeds. The survey can be accessed via this link. 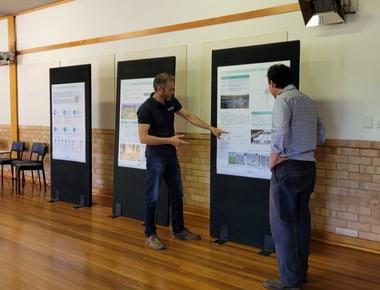 Spark Renewables has commenced community consultation for the proposed Dinawan Energy Hub – a hybrid wind, solar and battery storage project. Informal drop-in sessions will be held at the Coly Club on Tuesday, 7 December 2021, and at the Jerilderie Council Hall on Wednesday, 8 December 2021. Drop in any time between 2pm to 7pm to meet the team and discuss the project.

Comments or concerns? Let us know here or email info@dinawanenergyhub.com. 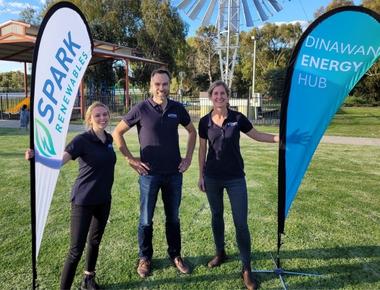 Spark Renewables has commenced community consultation for the proposed Dinawan Energy Hub – a hybrid wind, solar and battery storage project with a generation capacity of up to 2.5 gigawatts.

The project would be located on grazing country about halfway between Coleambally and Jerilderie and would connect to the recently committed Project EnergyConnect interconnector which will pass through the area.

The combined output from the solar and wind farms, coupled with battery storage, would generate enough reliable, clean electricity to power more than one million Australian homes. The project would help mitigate the impact of coal fired power station closures in New South Wales, while offsetting the emission of more than five million tonnes of carbon dioxide.

Spark Renewables has organised informal drop-in sessions at the Coly Club on Tuesday, 7 December 2021 and at the Jerilderie Council Hall on Wednesday, 8 December 2021. Both sessions will run from 2pm to 7pm and community members can drop in at any time to meet the team and discuss the project.

Anthony Marriner, Head of Spark Renewables, said: “We have now commenced the development process and are keen to meet the local community. Local knowledge on land-use, community needs and regional priorities provides valuable information that can be incorporated into the project.”

“The project will undergo a rigorous planning and assessment process. If approved, we would look to start construction of the first stage in 2024, with first operations to commence in 2025.”

“The construction and operation of the Dinawan Energy Hub would create more than a thousand jobs and provide economic stimulus to the local businesses and community organisations.”

For those who can’t attend the drop-in sessions, more information can be found on the project website www.dinawanenergyhub.com, including the first project newsletter. The Spark Renewables team can also be reached on 1300 271 419. 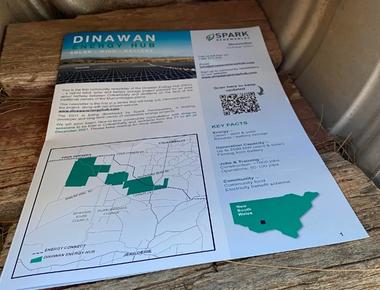 This is the first community newsletter of the Dinawan Energy Hub (DEH) – a hybrid wind, solar and battery storage project planned for an area about halfway between Coleambally and Jerilderie on the land of the traditional owners of the Murrumbidgee plains.

The solar farm would consist of photovoltaic (PV) modules mounted on single axis trackers that slowly rotate and follow the sun from east to west each day. The wind farm would consist of wind turbine generators, typically spaced about 500-1,000m apart and connected via underground cables and all-weather roads.

Once constructed, sheep would continue to graze on both the solar and wind farm land. Spark Renewables has successfully implemented this at Bomen Solar Farm north of Wagga Wagga. A containerised battery energy storage system would be built with the solar farm, enabling electricity to be exported when the sun isn’t shining and the wind isn’t blowing.

Our face-to-face open drop-in sessions will be held in the following locations from 2pm-7pm:

You are welcome to drop in at any time to meet the Spark Renewables team, ask questions and obtain information about the DEH.
If you are unable to make these drop-in sessions, contact us at info@dinawanenergyhub.com or 1300 271 419 to have a chat or organise another time to meet. 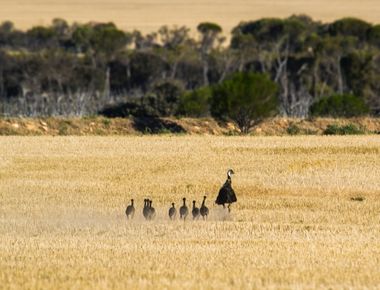 Spark Renewables announces proposal to develop a renewable energy hub of up to 2.5GW in South-West NSW

Spark Renewables, part of the ASX-100 Spark Infrastructure Group, is pleased to announce plans to develop a renewable energy generation and storage hub for up to 2.5GW in South-West NSW. Following the successful development and construction of its Bomen Solar Farm in NSW in 2020, Spark Renewables is proposing to develop, construct, own and operate the Dinawan Energy Hub – a hybrid wind, solar and battery storage project to be situated in the heart of the South-West Renewable Energy Zone (REZ) in NSW.

The proposed Dinawan Energy Hub forms part of Spark Renewables’ existing development portfolio and forms part of Spark Infrastructure’s Value Build strategic vision to build a sustainable energy future. The proposed Dinawan Energy Hub would be located in the Murrumbidgee Council area about halfway between Coleambally and Jerilderie in the south-west of NSW. It is on the route of the recently committed Project EnergyConnect interconnector which will run between Robertstown in South Australia and Wagga Wagga in NSW.

It is strategically positioned relative to the proposed HumeLink and VNI West (KerangLink) interconnectors. If positively evaluated, the proposed Dinawan Energy Hub is expected to be developed in stages, and once fully complete could provide up to 2.5GW of renewable generation capacity. This is enough electricity to power more than one million Australian homes per year and offset the emission of more than five million tonnes of carbon dioxide.

Head of Spark Renewables Anthony Marriner said “Dinawan Energy Hub is an exciting new project that can accelerate the development of new generation in the South-West REZ, through the establishment of this large, corner-stone project. This will unlock significant renewable generation capacity consisting of wind, solar and battery energy storage across South-West NSW in the coming years, providing resource diversity to renewable generation planned in the other REZs.”

“The proposed major new project, Dinawan Energy Hub, has the potential to open up the South-West Renewable Energy Zone, provide diversity to the generation planned in the other REZs and support high-voltage transmission links to Sydney. The clean renewable power from this new project will significantly offset the impact of coal fired power station closures in New South Wales”.

“There is an important role for the NSW Government to play in supporting this project, which is consistent with their Electricity Infrastructure Roadmap and ambitions for renewable energy zones to be progressed in the State,” he said.

The proposed project is in the early stages of planning with work to commence on preliminary studies and consultation in the coming months. Once approved, it is anticipated that construction of stage 1 would begin in 2024 with the first operations to commence in 2025. Mr Marriner said Spark Renewables was committed to engaging with the community and other stakeholders throughout the planning and assessment process.

“The project must undergo a rigorous planning and assessment process which includes preliminary and detailed environmental studies and extensive community consultation,” he said.

“We are only at the start of the development process and are committed to working with the community and other stakeholders to identify the possible environmental, economic and social impacts and opportunities of what we’re proposing and any required mitigation measures.” For more information on Dinawan Energy Hub, head to www.dinawanenergyhub.com, or email info@dinawanenergyhub.com.